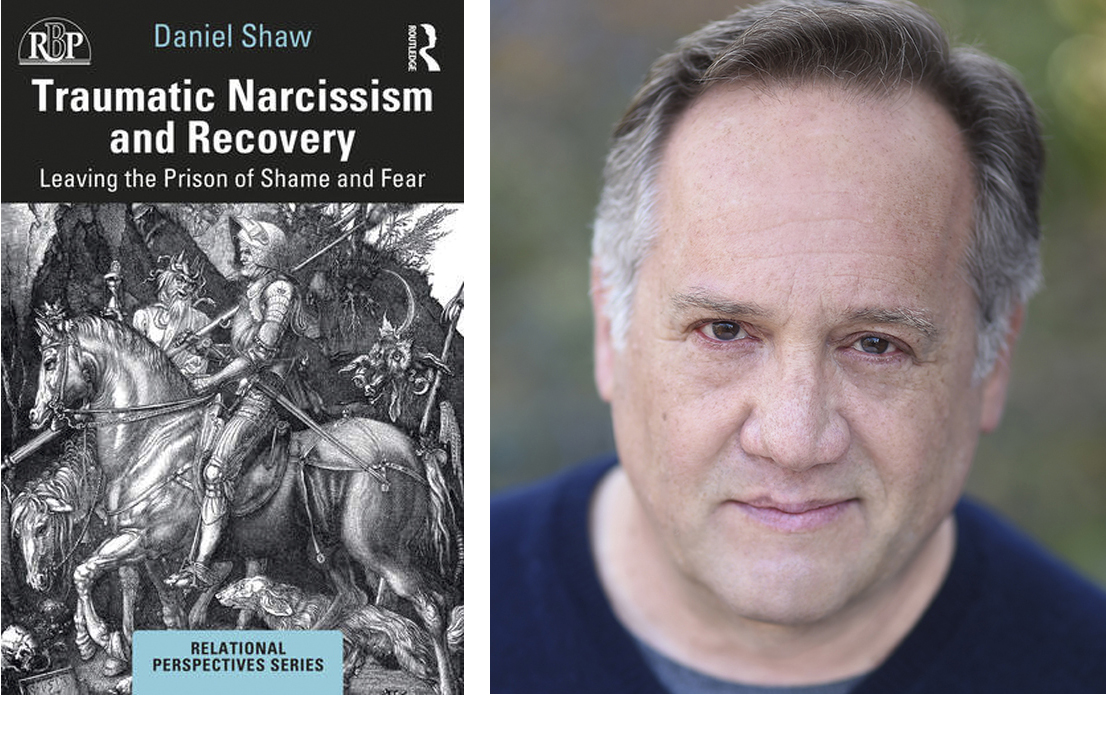 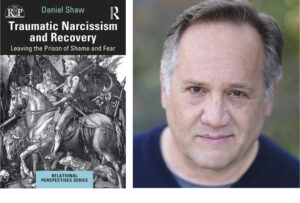 Narcissism is a word often overused to describe people who are selfish or generally uncaring of others. In the clinical sense, it has a set of criteria one must meet for diagnosis, and quite often, cult leaders meet these criteria. Daniel Shaw, LCSW and cult survivor, talks with us about his experiences within a cult, exiting the group, and his work on traumatic narcissism.

Shaw is a psychoanalyst in private practice in New York City and in Nyack, New York. Originally trained as an actor at Northwestern University and with the renowned teacher Uta Hagen in New York City, Shaw later worked as a missionary for an Indian guru. His eventual recognition of the cultic aspects of this organization led him to become an outspoken activist in support of individuals and families traumatically abused in cults.

Simultaneous with leaving this group, Shaw began his training in the mental health profession, becoming a faculty member and supervisor at The National Institute for the Psychotherapies in New York. Shaw is a sought-after teacher and speaker. In addition to his many conference presentations and published journal articles and book chapters, in 2014 Shaw’s book, Traumatic Narcissism: Relational Systems of Subjugation, was published for the Relational Perspectives Series by Routledge and was nominated for the distinguished Gradiva Award.

In 2018, the International Cultic Studies Association awarded him the Margaret Thaler Singer Award for advancing the understanding of coercive persuasion and undue influence. Shaw’s second book, Traumatic Narcissism and Recovery: Leaving the Prison of Shame and Fear, was published by Routledge in 2021.

Shaw discusses thinking he was just going to put it all behind him in 1994 when he left the Siddha Yoga group founded by Swami Muktananda. He started graduate school at that point, but a year later, he began reading my book, Combating Cult Mind Control. In so doing, he realized he needed to take his experience seriously and do something about it. He spoke with former cult members of Muktananda and started to see how serious the issue of traumatic abuse and cults is.

In 2006, Elizabeth Gilbert’s Eat, Pray, Love was published and became a bestseller as well as a movie in 2010. The guru discussed in the book is Gurumayi, the same one Shaw was associated with. Being inside the cult gave Shaw a unique perspective on what it’s really like to experience the mind control, undue influence, and brainwashing inherent in cults. He’s able to use that knowledge to assist his clients and others both in his practice and through his books.

Traumatizing Narcissists and the Dark Triad

Shaw talks about the type of person he calls a traumatizing narcissist, which he defines as a person who creates a relational system with others for the predatory purpose of subjugating and exploiting others. This can be done to both groups and individual people, as well as a nation, which is something I write about in The Cult of Trump. The traumatizing narcissist can also be called a malignant narcissist.

We talk with Shaw about the Dark Triad, a concept developed by Paulhus and Williams, discussing the idea that Machiavellianism, subclinical narcissism, and subclinical psychopathy constructs are one and the same. People who are within this triad are well-known throughout history and include Hitler, Stalin, and Nero. Trump also aspires to be this kind of tyrant.

Though the traits inherent in the Dark Triad are extremely negative, Shaw discusses the ease with which one can be caught up with people who exhibit them, explaining it was easy for him to understand the vulnerabilities that led him to be involved. However, the psychology of the cult leader was more complicated to parse and led Shaw to his work on narcissism in trying to understand and deconstruct the psychology of cult leaders.

The Delusion of Omnipotence

Shaw talks about the delusion of omnipotence, which he defines as a sense of ultimate superiority, ultimate entitlement to have no boundaries, and to violate the boundaries of others. This delusion exists because the affected person must compensate for something profoundly disorganized, unstable, and internally broken. We talked about the idea that cult leaders are actually needy despite positioning themselves as people who do not need anything from anybody.

The victims of these traumatic narcissists are humiliated, belittled, and psychologically battered so the narcissist can exact control and exploit them. This same behavior is seen in domestic violence situations with batterers. Although it appears the narcissist has all the control, they are actually desperately in need of the person they prey upon to prove to themselves how powerful they are. Underneath it all is shame, and the narcissist wanting to overcome that and doing so by adopting shamelessness.

It’s important to note that narcissism exists on a continuum; there are people who possess narcissistic traits, but the traumatizing narcissist destroys subjective value and worth. Shaw discusses them as parasites who set up a system of extracting everything from other people, leaving those people to believe their sole value is in what they can give to the narcissist.

Cult leaders are on the extreme side of the continuum exhibiting dangerous behaviors, sadism, and paranoia. They catch their followers at vulnerable times in their lives and the charisma, the self-assuredness of the cult leader, and their rhetoric of being able to guide their followers to their ultimate potential hooks them in. Shaw discusses the idea that the deeper you go in, the harder it is to maintain objectivity around your involvement. Additionally, the sunk cost fallacy is at play in that the more invested, the less likely a person is to cut their losses.

In this interview, we talk about what I believe is a universal moment of clarity with everyone that can lead to vulnerabilities and that is when we realize our parents aren’t omnipotent, they cannot keep us safe all the time or know how to properly care for us all the time. This realization can be profoundly impactful and frightening, leading to vulnerabilities that cause us to seek out others who can make us feel safe.

Shaw discusses how becoming a member of these communities feels uplifting as though there is now a purpose and mission. The member becomes a part of a group that feels like it’s doing something important and is for the good. This was seen in the insurrection, where people believed they were doing something good, fighting for something worthwhile, when really they were fighting to keep their cult leader from being exposed as a psychopath or traumatizing narcissist.

If we can see those who are involved with cults as vulnerable people preyed upon by a traumatic narcissist, we can better understand their experiences and help them move toward freedom from the shame that envelops them. We can help them see they are not alone, they are not stupid, and they do not deserve the shame they receive from themselves or others. Self-compassion is key to promoting self-healing.

Traumatic Narcissism and Recovery: Leaving the Prison of Shame and Fear