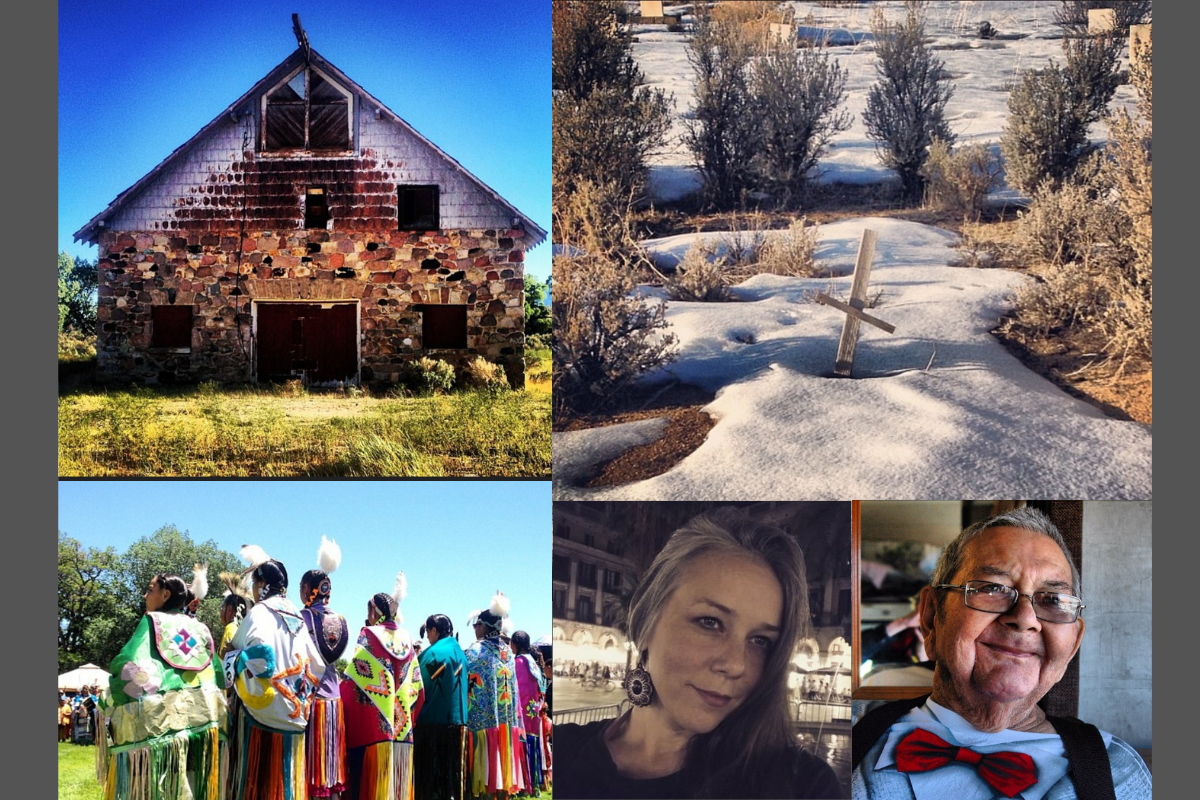 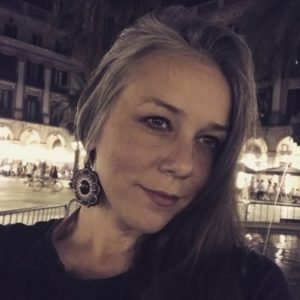 I am delighted to talk today with Desiree Kane, who I first met doing a TEDxMid Atlantic program titled Dismantling QAnon. Desiree is a Miwok journalist and activist. We have had several occasions to share our professional expertise and personal commitment to freeing people from undue influence and authoritarian control. In particular, Desiree has helped me understand more about the terrible genocide perpetrated against Indigenous People in the United States and Canada. Desiree and other Indigenous People like Cindy Blackstock, Professor of Social Work at McGill University and Executive Director of First Nations Child & Family Caring Society, reached out and found the Influence Continuum and BITE Model of Authoritarian Control a potential tool to help explain how Undue Influence and Brainwashing can be identified.

Colonization and Destruction of First Nations

The following map illustrates the extent of the genocide and forced exile of the people who first lived in what is now the United States. It graphically illustrates the loss of tribal lands between 1784 and 1890. (This animated map was created by Sunisup, based on a series of maps created by Sam B. Hilliard, a geography and anthropology professor at Louisiana State University.)

Genocide is accomplished through murder, rape and torture, all of which were used by European colonizers in the “New” World. But there is another way to destroy a people and that is through the systematic erasure of their language, history and traditions. Just as cult leaders do, colonizers use authoritarian, brutal tactics and engage in mind control and undue influence in order to establish themselves in the dominant position and gain the lands and treasures of the original inhabitants.

In Canada, from the 19th century until the 1970s, more than 150,000 indigenous children were forced to attend state-funded Christian boarding schools in an effort to assimilate them into Canadian society. Thousands of children died of disease and other causes, and many were never able to return to their families. Grim discoveries of mass graves at the sites of many of these schools have included:

In the United States, between 1819 and 1978, federal law promoted the “civilization” of indigenous people. Children were essentially kidnapped from their homes in order to “kill the Indian, save the man,” as the founder of Pennsylvania’s Carlisle Indian Industrial School put it. At the schools, children had their hair cut short, had to wear proper (i.e., white man) clothes, and were not allowed to speak their native languages or practice their religious rituals. Some children were beaten for simply saying hello to another child in their own language.

Desiree’s grandfather passed on to her a manuscript describing his experience at Stewart Indian School in Carson City, Nevada which deepens her understanding about the impacts this undue influence on herself and her family and community. Ku Stevens, currently a high school senior in Yerington, Nevada, tells of his great grandfather, Frank Quinn, who was at Stewart School. At the age of 8 years old, Quinn escaped from Stewart and ran 50 miles through the desert trying to get back to his family on the Paiute reservation.

Defensive reactions based on misperceptions about the “motives” for demanding an honest accounting are common. Critical race theory, (CRT) which certainly reflects the experience of First Nation people as well as African-Americans, has created significant backlash from right-wing Christians and other authoritarian groups and individuals.

One of the central issues underlying this backlash is the misperception that such a theory means that all white individuals are racist and thereby guilty of genocide and enslavement. By extension, many believe that Indigenous people just want all whites to go back to Europe. There may be individuals who feel that way. But Desiree emphasizes that this is not usually the case. For one thing, many Indigenous people are now biracial, like herself a mixture of both colonized and colonizer. Which part of her would leave and which would stay?

How Can Others Be Helpful?

One of the most important beginning steps is to become educated about American history and the ways in which native peoples were and are treated. Learn about different tribes, particularly about the ones who live in your area of the country. There are approximately 586 federally recognized tribes, but an estimated 1,000 are still in existence. A good resource for doing this is Native Land. Desiree cautions against aligning with an individual representing themselves as working for positive change and worthy of support. Sadly, some individuals are taking advantage of well-meaning people and creating a “cult of personalities” exploitive situation. If opportunities arise, show support through a tribe rather than an individual. Tribes are governed by elected representatives, and they have financial controls and reporting mechanisms for oversight whereas an individual does not.

As a nation, we need to face the realities of our past and join together to imagine and create a more just and compassionate society. We are at a critical juncture and need to respond in positive ways. Monumental forces of authoritarianism are trying to undermine human rights and the dignity of human beings all around the world. The experiences of the Indigenous People to this continent can serve as a “canary in the coal mine.” They can be a warning and provide examples of the multiple ways that authoritarian actors will try to gain and maintain control over the minds and bodies of others. When we understand these experiences, we can apply them to current situations. We can use them to help understand how an organizations or individuals uses undue influence to subvert the free and democratic working of our government or to establish a cult devoted to their own enrichment.

When Secretary Haaland announced the investigation into boarding schools, and an accounting of what actually happened, she said, “…only by acknowledging the past can we work toward a future that we’re all proud to embrace.”

Facing the truth about our country’s history of colonization and attempted near extinction of Indigenous People will not be an easy task. Neither will creating a reconciliation between the descendants of the colonizers and descendants of these histories. But we have no real choice. We all live here now, together. As individuals we are not accountable for what happened before we were born. But those of us who are descendants of the colonizers are responsible for facing and acknowledging the truth of what happened. And we are all responsible for how we live in the present and whether we will go forward in ruins or as a united community.

The following are a series of images of Desiree’s grandpa’s boarding school, Stewart Indian School, and the graves. They highlight the issues raised in this blog and in the video interview with her. These are the intellectual property of Desiree Kane. 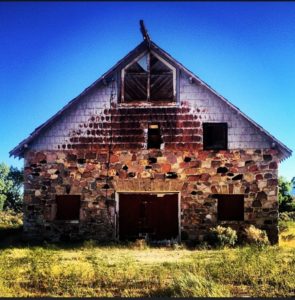 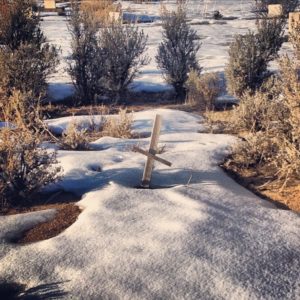 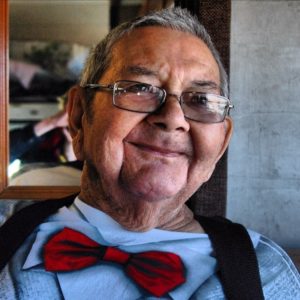 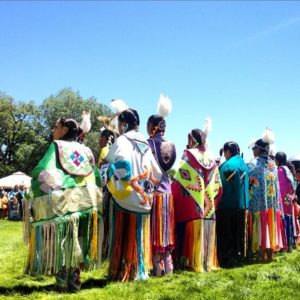 The following is an image that shows the ways in which the Native kids were targeted by the schools. They were then disappeared shortly after for many years until Desiree’s grandpa worked long enough to spring him and his brother out in High School. You can see here he was taken at the age of 5. 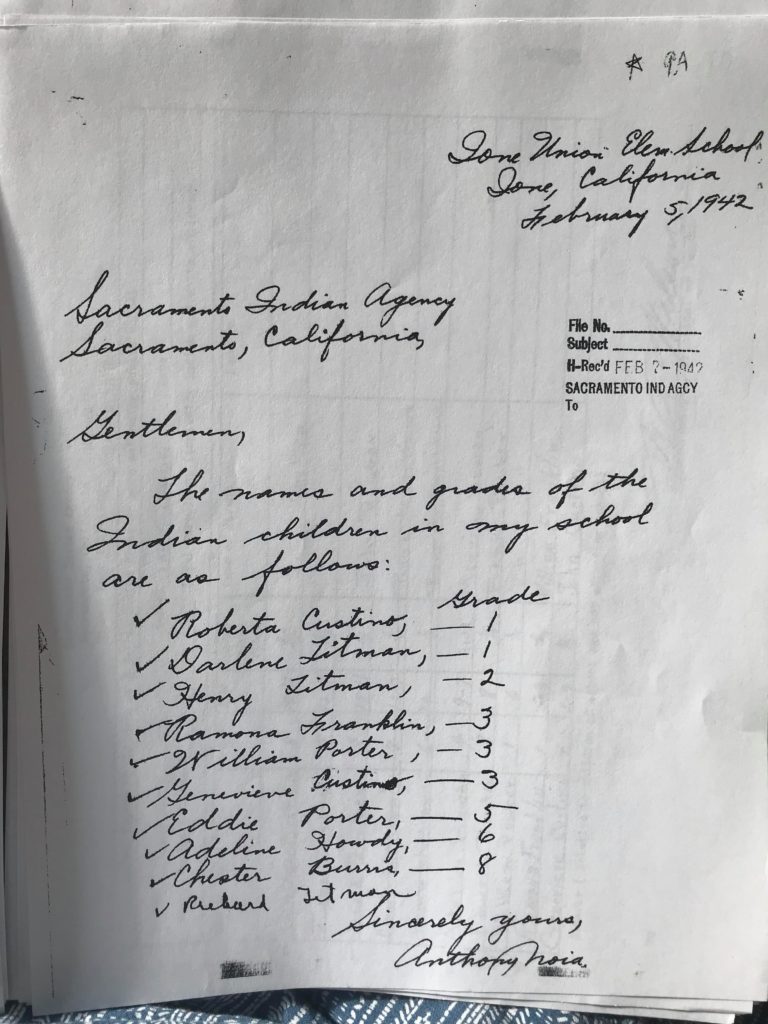 16 maps that Americans don’t like to talk about – Vox

Find the tribal territory you live on http://native-land.ca/

Read more recent work by Desiree Kane and about the Doctrine of Discovery: